Even then, the snow blanket needs to be tended to make way for the moment when you ultimately have to leave the house or let others in. At that precise moment, you will bless the Gods for bestowing you with the wisdom to invest in a snowblower.

If you don’t have time to read the full article, here’s our top cheapest picks in each main category: 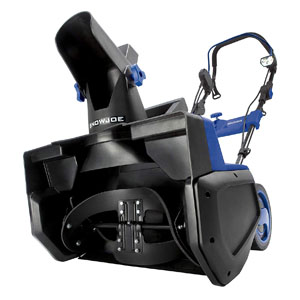 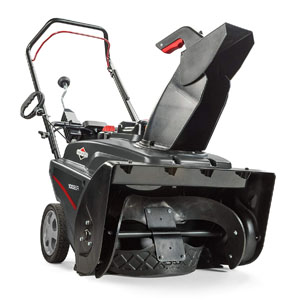 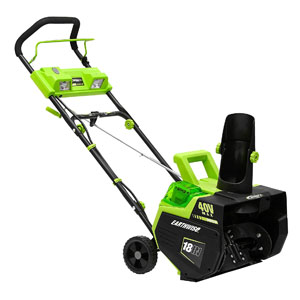 Clearing through inches-deep snow is a task that should be allocated to a machine. And yet, buying a three-stage, cordless, environment-friendly snowblower with all the sophisticated features from one of the known brands may seem extravagant.

Nature may not take your budget into account before drowning your driveway or sidewalks with snow but luckily, manufacturers do. This guide is going to help you find the best cheap snowblower that doesn’t just save your money but also your time and energy.

Firstly, know that good snow eating matching does not necessarily have to be a snowblower. It can also be a snow thrower. And since you’re looking for cheap snow blowers, the chances of you coming across snow throwers are higher. People sometimes use ‘snow blower’ and ‘snow thrower’ interchangeably and it is correct, however, only to an extent.

It may be hard to believe that you could find an effective snow blower or snow thrower under $500, but we have done it for you. Here’s a list of some cheap snowblowers that will help you clear out the snow.

Snow Joe is one of the brands that you will find on any snow blower buying guide. This particular model has earned itself the first place in our best cheap snow blower list because this snow thrower delivers quality for a fraction of the cost of high-end snow blowers.

The Snow Joe SJ625E is an electric snow thrower delivering the power of a gas machine with the convenience of an electric unit. Don’t let the price fool you. Even though it falls under the cheap snow blower category, Snow Joe SJ625E is ideal for quick snow pickups on mid-sized driveways and walkways, clearing a path as wide as 21 inches and as deep as 12 inches with every pass.

Its 15-amp motor will allow you to move almost 800 pounds of snow every minute. Since it doesn’t require any fueling, oiling or tuning-up, your snow thrower will start up almost instantly and will require minimal maintenance.

What’s even better, this particular single-stage thrower comes with a 3W LED light which makes it safer for you to plow through the snow when it’s darker outside. Our top pick is also the best value for money because it is ETL approved and comes with the Snow Joe brand’s 2-year warranty.

The engine also contributes to a strong start which has already been made quick and easy with the addition of a push-button electric start. While many fuel-based snow blowers could have a problem to get started when the temperatures start dipping, this cheap snow blower promises a quick start when the temperatures start sliding below 20 degrees Celsius.

Furthermore, it comes with a remote chute rotation handle which is mounted on the handle allowing you to change the chute direction without having to stop in the middle of your snow plowing. A single squeeze is all you need to throw out the snow. Want to dump all your snow only in one particular spot? The Briggs & Stratton 1022ER makes it possible for you to do that as well. Simply adjust the deflector to your preferred height and distance.

All these features are packed in a cheap snow blower that’s fairly compact sized. This means your snow thrower won’t take up much storage space. One of the best features is the wear-resistant rubber-edged auger that not only helps in propelling the snowblower forward but also clears down the snow right down to the pavement.

Cordless snow blowers expand your range because you’re not bound by the need to have an electric output handy. If you’re in the market for a powerful, cordless and yet cheap snowblower, this is the one for you.

The 18-inch mouth going can quickly free up a considerable area in one single run while digging out up to 12 inches of snow. Whether you have a big area to be plowed or a small one, you can safely deposit the snow 30 feet away. The Earthwise SN74018 can plow through up to 500 pounds of snow per minute.

Even though this is lesser than some other models, it makes up by featuring a powerful 40V brushless motor. This is an extremely important feature that makes this particular cheap snow blower attractive. Brushes are spring-loaded slabs of carbon that rub against the revolving part of the motor and supply electricity to make the motor spin.

Since there’s friction between the motor and brushes, wear and tear can be expected which impacts the performance and boosts your maintenance costs. Earthwise SN74018 comes with a brushless motor thereby eliminating friction, maximizing performance, and lowering maintenance expenses.

You can also make the most of the two LED spotlights which will make it easier for you to watch your step in the dark. The ergonomically designed handle will save you back-aches and make snow plowing feel like a walk in the park. The rear 6 inch wheels, dual blade auger, and 180-degree rotating chute further make this stand out in this list of cheap snow blowers.

If your budget is more than $200, the Briggs & Stratton 24” Dual-Stage Snow Blower should be your choice. This is the best mid-range snow blower for a multitude of reasons.

Firstly, as opposed to the other cheap snow blowers features on this list, this one is powered by a 950 snow series 208cc engine and delivers 9.5foot-pounds of torque. Apart from the powerful engine, the snowblower boasts of an electric and effortless start.

For a snowblower in this price range, Briggs & Stratton’s Dual-Stage Snow Blower can clear a path 24-inch wide and 20-inch deep. Since it can improve efficiency and reduce your snow plowing time, its cleaning range is easily one of its more attractive features.

Even though this particular snow blower is a little on the bulkier side, you can rest assured that you will be able to maneuver it fairly easily. The friction disk drive system combined with the brand’s 3-year limited engine and equipment warranty will make sure that you reap the benefits on your investment for years to come.

This cheap snow blower is probably one of the easiest ones in the market built for those who want no fuss and no muss. The PowerSmart BD2401 snow blower is not only cordless, but it also doesn’t require any oil or gas to start working. The assemble of the snowblower is an extremely easy and quick process.

Secondly, while this is a lower run time as compared to the other snow blowers, the brand makes up for it by making it possible for you to clear a path 18 inches wide and 11 inches deep. It is rare for a cheap snow blower of a small size to provide a disposal range of 30 feet, but PowerSmart BD2401 does it.

It’s lightweight design and the 180-degree chute rotation will further reduce your hassle of plowing through the snow, especially when you’re in a hurry. In fact, PowerSmart has also taken into consideration that many people may be wearing gloves while clearing the snow and have made the chute handle oversized to accommodate gloved hands.

The hand-grip itself is coated with foam so you don’t have to touch freezing met at any point. The rubber-tipped auger is durable and safe from tiny nicks and chips which would otherwise need tending to.

What’s the Difference Between a Snow Thrower and a Snowblower?

A snow-clearing machine that’s on the lower end of the price spectrum is going to be a snow thrower. It’s nothing but a single-stage cheap snow blower that is equipped with a plastic or rubber auger. A snow thrower will pick the snow with a single rotating blade, and push it out of the chute via the impeller.

The cost remains low primarily because the parts are made of inexpensive materials like plastic and are electric-powered. That means you will have to deal with some cords. But on the flip side, you don’t have to worry about constant maintenance expenses. You will also cut down on gas and engine oil expenses that would otherwise be extremely crucial in running your snowblower.

Also, inexpensive parts don’t equate to ineffective. For instance, a plastic chute won’t chip or dent if gravel and rocks get in the way. This is always a worry with metal chutes. Hence, ideally, a snow thrower would be a great choice for a rough surface where a snowblower with metal cans wouldn’t be used.

Think of snow blower when you see gas or fuel-powered snow remover. Snowblowers carry out the process of clearing the snow in two or three stages depending on the model. Since they have more stages to go through, there is more equipment attached and are hence on the heavier side. The weight of a single two-stage or three-stage snow blower may go up to a hundred pounds.

Because they are more powerful than a snow thrower, they also cost more. Don’t fret. There are cheap snow blowers capable of handling the heavy snowfall that can be expected in certain areas. A wide variety of cheap snow blowers also come without any cords which provides you with more flexibility in terms of movement.

However, this would increase your maintenance cost and you would prepare a little in advance to actually use it (ensure that the thrower has enough fuel or oil to start working when it has to). You will have to care for your snow thrower not just while you’re using it but also after for the next season.

So, you see. You don’t have to spend an arm and a leg to buy a machine to clear out the snow. Nor do you have to break your back and wake up before the world to shovel it off. You may have to Shell out a little more than you expected but a good snowblower is worth it.

It may seem like that even these best snow blowers may not do anything more than moving the top layer of the accumulated snow from one corner to another. But don’t forget. Stiff competition has caused manufacturers to improve their own tech and pack the cheap snow blowers with features that would have otherwise cost thousands. Surely, you may have to compromise little – after all, some features have to be reserved for the high-end snow blowers.

However, in the end with these best cheap snow blowers, you’re investing in an economical solution that is going to help you stay on top of the dreaded white stuff, every winter, for years to come.

A little about me. I'm James, and unfortunately, I have more experience than most when it comes to snow blowers. Following an apprenticeship and a 7 year career in specialist snow blower repair workshops across 3 states, I've seen it all. From Husqvarnas to Cub Cadets, if its sold in the US, I've probably fixed it at some stage.